small medieval town whose nuraria walls are still almost intact. Along all the walls you can still see the medieval towers placed at regular intervals. Marostica is a small town and its centre develops all around Piazza Castello, famous for the chessboard painted on its floor. According to the legend, in 1454, Rinaldo da Angarano and Vieri da Vallanara played an important game of chess in Marostica on a huge chessboard painted on a special occasion in Piazza Castello, the reason for the game was the hand of Leonora, daughter of the Lord of the tollgate, Taddeo Parisio. Since 1954, this game has been played every two years and has become a festive occasion for the town and a great tourist attraction. The living pawns, dressed in 15th century clothes, alternate on the huge chessboard playing a real chess game.

crossed by the river Brenta, is one of the most populated and well developed cities in Veneto. Its industrial activities are in continuous growth as well as cultural activities and gastronomy, whose main products are asparagus and Grappa. The whole town is full of wonderful buildings enriched with precious ornaments.
In the central Piazza Monte Vecchio there is the imposing Palazzo del Monte di Pietà and the Casa Dal Corno Bonato, whose facade was frescoed by Jacopo da Ponte; next to it we find the Piazza della Libertà where there is the neoclassical church San Giovanni built in the 14th century by the architect Giovanni Miazzi. Also of great importance is the 15th century Loggia del Comune. The pearl of Bassano remains, however, the wooden bridge designed by Andrea Palladio in a material that makes the structure more flexible and duqneu resistant to the river. The bridge was often damaged by the river and bombardments, but it was repaired following Palladio’s design. The last renovation took place in the second post-war period thanks to the Alpini.

small town surrounded by ancient walls, known as the village “Dai Cento Orizzonti”, Asolo is one of the most fascinating medieval villages in Italy and a jewel of the Veneto region. Its extraordinary location and mild climate have made Asolo a renowned centre since the early days and later, a settlement centre for the people of Veneto. Asolo was a place of refreshment for the poet Robert Browning and the explorer Freya Stark.

completed in 1565, also known as Villa di Maser, designed and built by Andrea Palladio, with frescoes by Paolo Veronese and sculptures by Alessandro Vittoria for Daniele Barbaro, Patriarch of Aquileia and Ambassador for Queen Elizabeth I of England. Villa Barbaro was nominated a UNESCO World Heritage Site in 1996.

+ any tasting costs to be paid on site
+ any driving costs 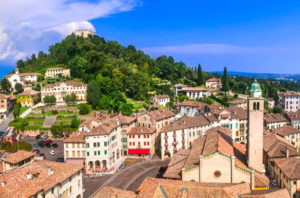 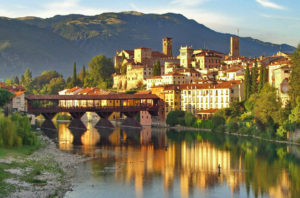 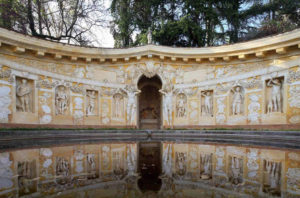 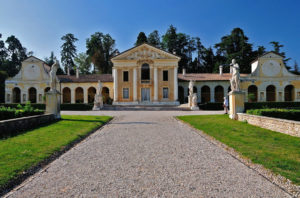 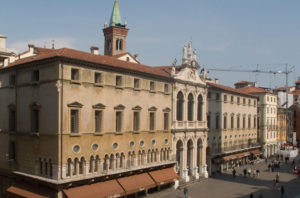 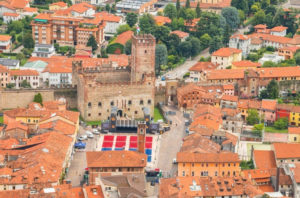